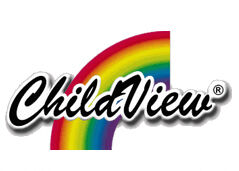 Let's Talk About... > Government Benefits and the Child Support Guidelines

Explaining the role of government benefits in child support calculations

Section 7 of the Federal Child Support Guidelines deals with the calculation of child support based on a proportionate share of specific children’s expenses.  Part of the direction in section 7(3) of the Guidelines, with the same or similar wording in the provincial and territorial legislation, is that child support per this section (subject to subsection 4 which will be discussed later) be calculated taking “into account any subsidies, benefits or income tax deductions or credits relating to the expense...” [emphasis added].  It is generally accepted that the “benefits” are government initiatives.

So, what are government “benefits”?  The majority of them are monies paid out by the federal, provincial and territorial governments to parents in trust for their children.  And while these types of benefits are money, they are not income as defined in the Income Tax Act or in the Child Support Guidelines.  In the legislation that creates them, they are characterized as a deemed overpayment of tax to ensure that they are not characterized as a source of income.  Unfortunately, in the application of the Guidelines there is sometimes confusion between the concept of income and money.  There is a desire to impute these benefits as income to the receiving parent.  But consider this, the government benefits are funded by our tax dollars and rest assured, the various governments do not consciously use our tax dollars to reduce a parent’s obligation to support their own children, nor do the Child Support Guidelines, when the spirit of the Guidelines is applied.

The most significant government benefits that may affect the calculation of child support per section 7 are the Canada Child Benefit (CCB) and related provincial and territorial initiatives.  These benefits are based on specific definitions of income and are theoretically targeted to low and low-middle income families, which means they are clawed back when “income” is higher than the thresholds.  Of the six categories of expenses listed in section 7 of the Guidelines, only child care expenses, as described in 7(1)(a), have the potential of impacting the amount of government benefits received by the party initially incurring the expense.  This is due to the fact that incurring child care expenses may create a tax deduction for the party, which then reduces their reported net income for tax purposes, thus reducing any claw-back of the government benefits.  To the extent that child care expenses are included in a child support calculation, pursuant to section 7 of the Guidelines, the amount of the expense may be reduced by the increase in these benefits when determining the net amount on which the pro-rata sharing percentage is to be applied.  A clarifying discussion of child support under section 7 of the Guidelines may be found in the "Let's Talk About Section 7 of the Child Support Guidelines" article in the “Let’s Talk About” section of this website.

To confuse things even more, there have been times when the federal government has used the term “benefit” very loosely.  The introduction of the “Universal Child Care Benefit Act”, effective July 1, 2006 was just such a time.  While the majority of government “benefits” truly are benefits, the “Universal Child Care Benefit” (UCCB) was simply taxable income in disguise.  Further, its inclusion at line 117 (now line 11700) of the personal tax return created issues with the definition of Guideline income; hence the April 2007 Guideline amendments.  The result of these amendments are found in section 7(4) of the Federal Child Support Guidelines legislation, entitled “Universal child care benefit” with further direction in Schedule III-3.1.

Even today the UCCB is still causing misunderstandings.  It has been suggested that the lack of capitalization of the name in the Guidelines must mean that these sections refer to all benefits, or the fact that the word “universal” is used must imply this.  These misunderstandings are easily cleared up upon a more careful reading of the legislation.  At the beginning of the Guidelines, in the Interpretation section under “Definitions”, “universal child care benefit” (all lower case) is clearly defined as “a benefit provided under section 4 of the Universal Child Care Benefit Act.”  As mentioned above, this was specific federal legislation.  At the same time the Canada Child Tax Benefit and National Child Benefit Supplement morphed into the CCB, the UCCB was repealed (as of June 30, 2016) although there is still a provision for it on line 11700 of the personal income tax return for those making retroactive claims.

The ChildView® software properly deals with the complexities of the federal, provincial and territorial government benefits in the calculation of child support, as well as in spousal support alternatives.  Robust reporting is provided which details the effect on section 7 child support, spousal support options and analysis, and (very importantly) the money.  At the end of the day, it’s the money that matters.